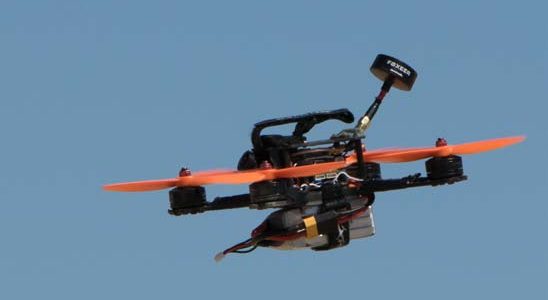 Most races are organized by people who just get together and set up their own event. To see how this is done, we followed a group of racers as they packed up and headed out to some old abandoned houses in the desert to set up a fun day of competition.

Each pilot has a spotter
who helps the pilots navigate
the course and makes the
race safer. 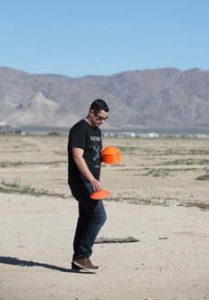 Prep Work
The prep work before the race can include such things as location scouting, getting the drone ready for flight, and assembling the racecourse items (cones, gates, and flags)—and, of course, you have to think about what snacks to take. Our group decided on a meeting place and once there, they did some last-minute work to get their drones ready for the racecourse. For one person, this involved actually mounting all new motors on his drone. Ideally, when you get to the race, your bird should be ready to fly.

Daniel Sandoval lines up and sets down the cones for the
course. You can easily see the cones from the drone
camera, and they are easy to use as a guide.

Checking Out the Locations
A couple of days before the race, we scouted some old vacant buildings in the desert. After arriving at the location on race day, our crew started looking over the buildings to plan out the best course through and around them. Because the buildings cannot be moved, it is best to use them as the foundation for the course design. When all the pilots agreed to the best flight path through the old houses, we started laying out the flight path, including where the quads would enter and exit the buildings. We used two wooden pallets to indicate the start and finish positions. Then we moved the cars to a safe spot and set up the pits, and we were able to lay out the rest of the course. 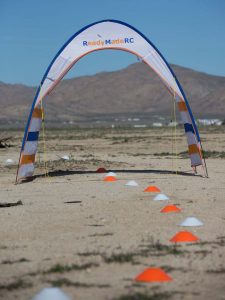 Setting Up the Course
The way the houses were situated, our designated path through them led to a good-size figure-8 racecourse. We started to lay out the ground cones, alternating from orange to white to make the path easy to see from the air. With that done, we put up a gate near one of the houses and added two flags at the crossing point on the figure-8. Two more flags were added to define the turns and make them close
to an even circle. Then, it was time to start racing. 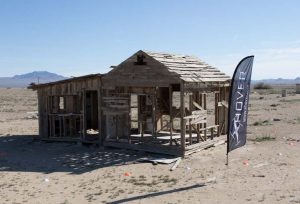 This house has many different paths to fly through,  so the pilots must plan and  follow the course that they lay out. 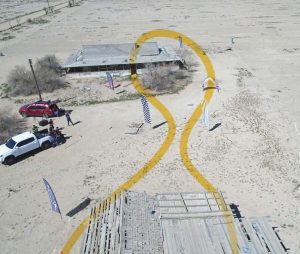 Overview of the Course
Track layout can be simple or intricate, but we have found that the more  complicated it is, the more taxing it is on the pilot to keep on the course. Keep it simple, and keep it fun. Here is the overview of the track we laid out:

1 / Some pallets we found at the site and used as a starting launch. This is the only
time the quads can fly on this side of flags 2, 4, and 8. During the race, they have to
stay on the opposite side away from pilots.
2 / Fly between this flag and the building around to the back side.
3 / Fly through the building, entering the door and exiting through the window.
4 / Fly between the two flags, while staying closer to the white one.
5 / Take a quick low path through the gate, heading toward the back side of the
second building.
6 / Make the turn around this flag, and line up with the first window on the back side of the second building.
7 / Travel through the second building, flying through the large window, through the living room, and out the front door.
8 / Follow the cones, staying on the inside of the flag. Pass on the far side (from the pilots) of the checkered flag and you have completed one lap. After eight of these, the checkered flag becomes the finish line. 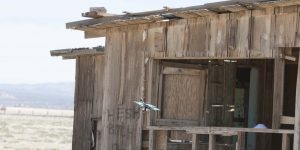 Out on the Course
At first, we started running all the quads at once but soon found that it would lead to a lot of carnage in a short amount of time. While the door and window openings looked huge when we laid out the course, when four quads were heading for them at  breakneck speed and hitting them at the same time, well, the openings became quite small very quickly. So after the first race, in which everyone crashed, we started running two quads at a time, and this lowered the in-flight damage. Each race was just about eight laps, and we were able to get in a number of them during the day. We did bring out a good amount of food and snacks but did not have enough chairs and shade, which we noted we should include on the next race. 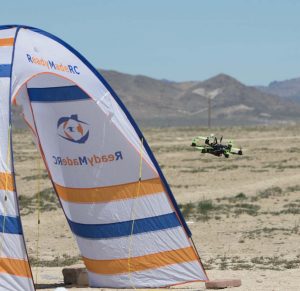 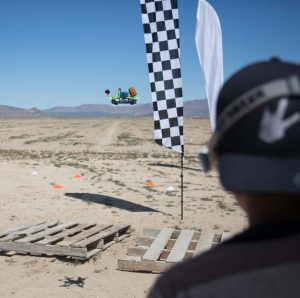 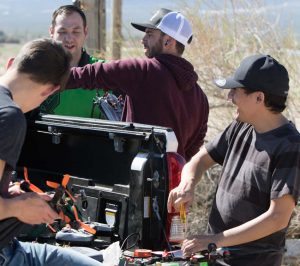 Working in the Pits
The pit area is a spot where all the racers can work on their quads between heats. It’s where pilots store tools and extras parts for any quick fixes and is a common area to talk, relax, and rest between rounds. For our group, this was a small area that took up the back of one of the pilot’s truck bed. There was plenty of room for tools, quads, and a space to work for each of the pilots. We were happy with that small space acting as our  pit area, but keep that in mind that your group may need more space. 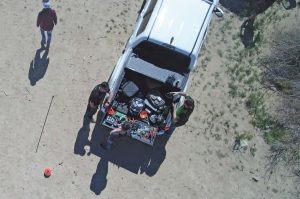 The pit area is where all the fun happens,
regardless of the size of the race. 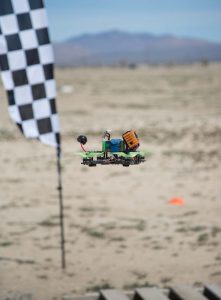 The Finish Line
We had a blast running our simple race, and everyone had a good time. The beauty of FPV racing is that your event can be simple or as complicated as you would like it to be. It can be as easy as two guys pointing at two objects and agreeing to fly around them, or it can be a 100-pilot event with all the bells and whistles. The choice is up to you. Just be sure to have fun.