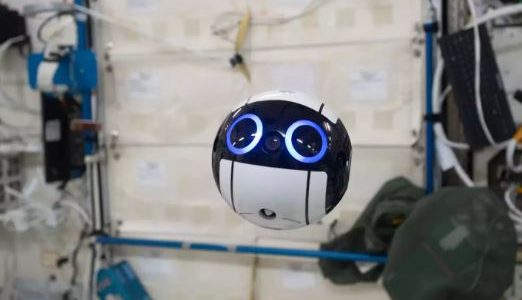 It may look like a fun toy, but this space ball is a serious photo and video drone! The Japan Aerospace Exploration Agency (JAXA) has for the first time disclosed images and movies taken by the JEM Internal Ball Camera called “Int-Ball”－its first camera drone that can record video while moving in space under remote control from the ground.

Int-Ball was delivered to Japanese Experiment Module “Kibo” on the International Space Station by the US Dragon spacecraft launched on June 4, 2017, and is currently undergoing initial verification.

The camera can move autonomously in space and record still and moving images under remote control by the JAXA Tsukuba Space Center, and the recorded images and videos can be checked in real time by flight controllers and researchers on the ground, and then be fed back to the onboard crew. The camera adopts existing drone technology and its exterior and inner structures were all manufactured by 3D-printing. Check out the video: