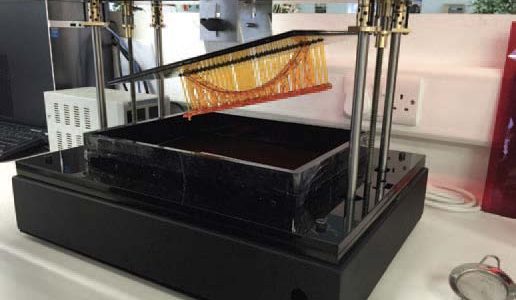 There is no denying that the consumer 3D printer is quickly coming of age. There is growing competition among companies to find new and less expensive ways of automating the process of making realworld objects out of virtual ones. But while for some companies the imperative is to improve quality and performance, others focus on making ever more affordable machines. This trend is reflected in this by-no-means-exhaustive list of consumer 3D printers to keep an eye on. 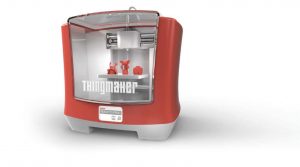 The will be sold in Target stores and on Amazon.

Mattel ThingMaker
Available this fall, the new ThingMaker, produced by toy giant Mattel, borrows its name from the famous 1960s’ toy that allowed you to mold “Creepy Crawlers” out of rubbery plastic. This time, Mattel is using fused deposition modeling (FDM) 3D printing  technology. But what really has caught people’s attention is the price tag: a mere
$300 per unit! The ThingMaker is aimed at kids 13 and up. It can create various
toys, such as rings, necklaces, scorpions, and dinosaurs. Some degree of customization will be available, and figurines will be made out of modular ball-and-socket joints, not unlike LEGO’s Bionicle series. The print platform is 6 x 6 inches, and you will need an Android or iOS device because the printer works in conjunction with an app developed in collaboration with Autodesk. The app is advertised as easy to use and comes with dozens of basic objects. It’s unknown whether Mattel will allow consumers to print custom 3D models or if the machine will be in a closed ecosystem.
A 3D printer at that price point would normally come with some measure of skepticism concerning its functionality; its price tag beats even the da Vinci Jr ($350) and the M3D Mini ($350). I don’t believe, however, that Mattel would be venturing into this market unless its machine was proven easy to use, safe, reliable—and profitable. The ThingMaker will use PLA (polylactic acid), but it’s unclear whether it will work with standard filament. Mattel will be selling its own spools, at a currently undisclosed price. I would wager that it’s what the company would like people to buy. Mattel also indicated that it was looking into “branded options,” which I predict is a way of saying that the company plans on using the app to sell “premium” 3D models, such as exclusive
accessories for Barbies or Hot Wheels. 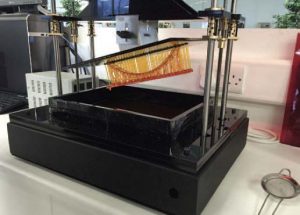 Liquid Crystal Mini
The British company Photocentric will start shipping the Liquid Crystal Mini this summer. This SLA (stereolithography) 3D printer uses a photosensitive liquid resin to create objects rather than melting a filament like common FDM machines. The benefit of this technology is that you get a much higher level of detail and print quality. SLA machines have been around for a long time, but they were always in the higher price range. At a bargain $500, the Liquid Crystal 3D Printer Mini is almost too good to be true. The build volume is small—only 2 x 4 x 4 inches—but SLA machines are most useful precisely when making small detailed objects. Photocentric has been developing photopolymers since 2002. This well-established company started looking at additive manufacturing in
2013 and developed its own printers. Unfortunately, there’s little to no independent user feedback about its machines…yet. We will just have to wait and see. 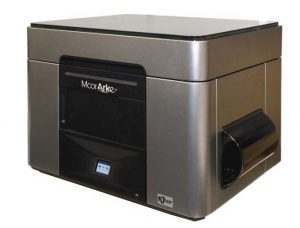 Mcor ARKe
The ARKe 3D printer is in a league of its own. It operates on a completely different principle than the common FDM printer, using laminated sheets of printed paper to create stunning, picture-perfect, full-color objects. Unlike common 3D printers that use plastic as raw material, the ARKe is fed with a roll of regular inexpensive paper. Every layer is cut and its outline printed with a thin strip of color. When hundreds of pages are automatically and precisely glued over each other in this process, you get a solid,  woodlike, photorealistic object. Mcor has even shown that it can make a convincing—although arguably creepy—facsimile of someone’s face.

The ARKe seems best suited to making decorative models, portraits, props, or  topographical maps. Mcor has demonstrated, however, that the objects coming out
of its machine can be infused with a resin that makes it surprisingly strong. This technology has existed for some years, but the ARKe is the first desktop-size machine of its kind. At a launch price just shy of $18,000, it’s still expensive but less costly than
it’s ever been. 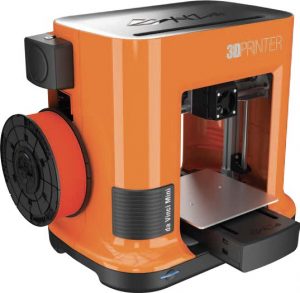 da Vinci Mini
XYZprinting, which gave us the previously mentioned da Vinci Jr, has announced an even less expensive model: the da Vinci Mini, priced at $270. It will be 30 percent smaller than its predecessor yet will offer the same 6 x 6 x 6-inch build space—perfect for beginners and classrooms. It will also have Wi-Fi capability and a USB port. The original da Vinci sold very well, and the da Vinci Jr received positive reviews last year. We are, therefore, allowed to expect great things from the Mini. The only disadvantage is that XYZ machines use proprietary filament, which is about 20 percent more  expensive than generic filament. The da Vinci Mini should be available this summer. 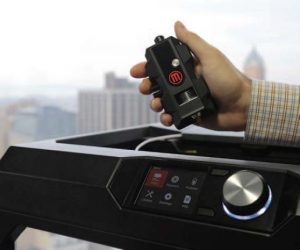 Smart Extruder+ for MakerBot Replicator
If you don’t already own a MakerBot machine equipped with the infamous Smart Extruder, then you might wonder why the company is making such a big deal out of its latest updated device: the Smart Extruder+. The fifth generation of the MakerBot Replicator has been plagued with an unreliable extruder that has damaged the desktop 3D printing pioneer’s reputation last year. The Smart Extruder was notorious for jamming frequently and being all-around unreliable. The return rate on the “swappable” extruder was a stunning 80 percent. It was so bad that users started systematically replacing the faulty device with third-party alternatives. Court documents revealed that Stratasys, MakerBot’s parent company, knew of the issues and still rushed the product to market.
With that little bit of context, it’s understandable that MakerBot has emphasized the “over 160,000 hours of testing” and “6-month warranty” on the newer Smart Extruder+.
The faulty Smart Extruder fiasco culminated in a class-action lawsuit, which was officially dismissed in July after a year of litigation. Is the struggling MakerBot on the cusp of making a comeback? That remains to be seen.