Tech giants including Google and Facebook have spent years trying to figure out how to bring the internet to billions of people who still lack a reliable connection. Now, an American startup has come up with its own plan.

Telelift is an attempt to create a “flying cellphone tower.” It uses drones the size of a dining table, which are attached to the ground by a long wire and, according to their maker, can stay in the air for at least a month.
Rahul Tiwari, 22, came up with the concept in the summer of 2017 while studying engineering at Purdue University in Indiana. His drones hover at 200 feet while attached to solar panels or a power source on the ground, using around the same amount of power as a microwave. 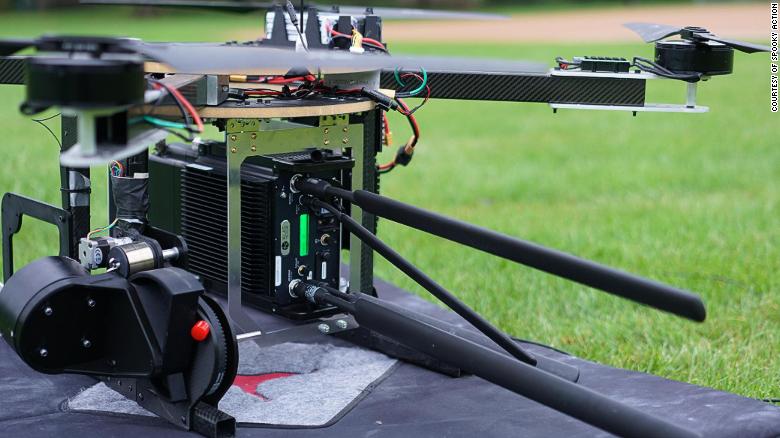 Rahul Tiwari says his drones can be attached to any AC power source on the ground.
Tiwari initially intended his drones to be used as anti-poaching “flying watchtowers” in Africa, but when he spoke to industry insiders, he saw a bigger potential.
“If we took the drones that we were building — that were very powerful, they could fly for a very, very long time — and basically stuck 4G routers on them, we could bring the internet wherever we want it,” he tells CNN Business.
His Minnesota-based startup Spooky Action now wants to deploy Telelift in areas with poor internet coverage, beginning in Kenya, Niger, Botswana and Senegal.
There are roughly 4 billion people still without internet access globally, according to GSMA, which represents mobile operators worldwide. 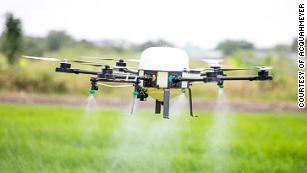 Tiwari says mobile coverage drops “substantially” just outside the main cities, so he is working with network providers to target suburbs, where they can cover the most people per drone. Then they could move on to more remote areas. “They [network providers] are willing to pay for a product that can do it,” he says. “It’s good business and it happens to be good for the world.”
Get the rest of this article by Emma Reynolds at CNN Business