A tiny racer that handles like a larger drone. When opening the package of this com­pact first-person-view (FPV) drone, the first thing I noticed was just how small everything is, and I knew that it was going to be a lot of fun flying around the house. Built out of durable plastic, the frame and flight system come in separate packages that require a small amount of assembly that can easily be done by any pilot. 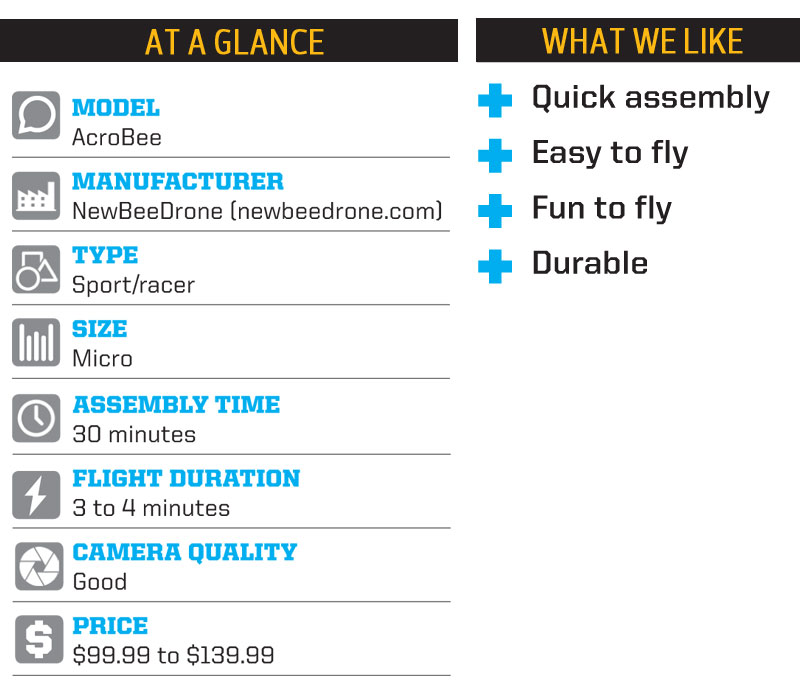 Highlights
My setup included the BeeBrain V2 with the Cockroach frame, some extra yellow KingKong props, Black motors, and four Nitro Nectar 250mAh batteries. The box that it comes packaged in also doubles as a nice travel case for the assembled AcroBee. The only tools needed for assembly are a charger and Phillips screwdriver. I first screwed the BeeBrain board onto the Cockroach frame, making sure it was lined up facing the correct direction. This makes it easy to connect all the motors to the right plugs on the board. You’ll need to slide four small rubber grommets onto the board to insulate it from the vibration of the motors and frame. 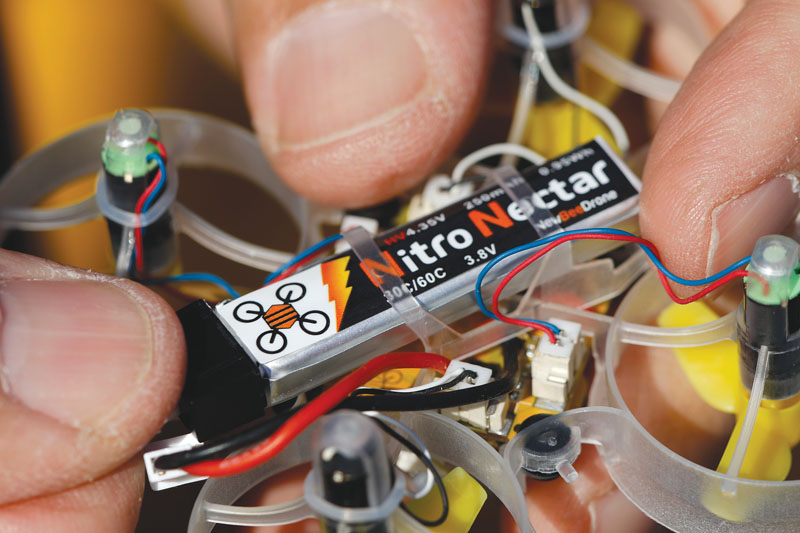 The battery fits in the bottom and is locked in tightly. 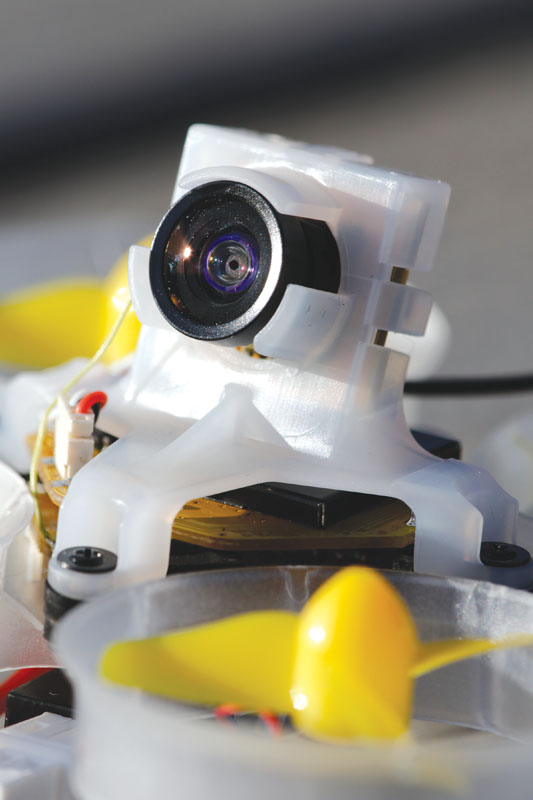 For such a small camera, its view and resolution is great. I had no problem flying this around the house using FPV. 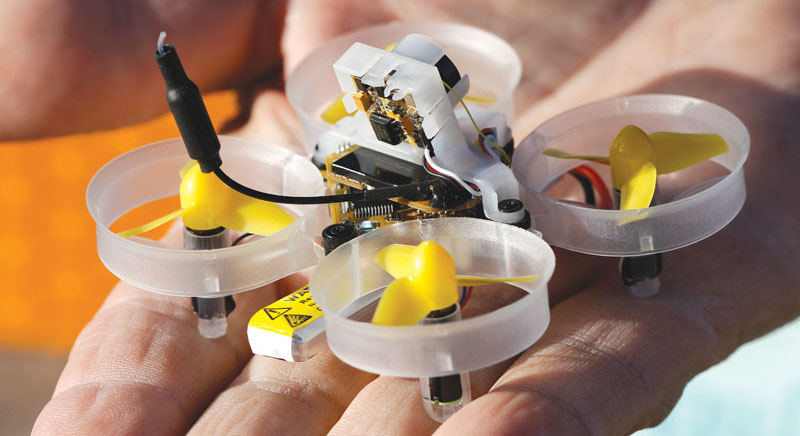 As you can see, this is one tiny quad, but it is big on fun.

Aerial Recap
The real fun begins after everything is assembled. This little bird flies well, and even when you take it outside in a little bit of wind, it has enough control to get around. I set mine up with a motor switch that needed to be flipped to allow the motors to come on. After the motors fired up, it was easy to control the AcroBee. The video signal from the tiny installed camera is good, and I was pleased by just how good the video signal was as I flew throughout the house.

The AcroBee has more than enough power and performance; I enjoyed the power and performance I got from the motors. All the controls were responsive, and I used the programming setup from the box with no modifications. Beware that the AcroBee can only fly for three to four minutes before the battery is discharged, so it’s a good thing that it comes with four batteries. The controls are smooth enough that I think anyone could easily fly this bird in the house with some authority after just a few practice flights.

Bottom Line
The hardest thing about the AcroBee is putting it down once you start flying it. It is just way too much fun. The batteries are inexpensive, so you can get a bunch of them to keep this bird in the air.