Going where no drone has gone before

Every aspect of the Elios has been designed to fulfill a single mission: confined-space operations. Elios can fly in environments and perform tasks that would wreck any other drone in seconds and that no responsible pilot would even attempt. There are a dozen different drones on the market capable of capturing stirring aerial vistas in open air, but only one that can check for damage to the borosilicate blocks lining the inside of a 200-foot smokestack.

Although the Elios shares much in common with other drones—both in terms of its components and basic functions—its Swiss manufacturer, Flyability, requires that new customers undergo company-sponsored training before deploying its new aircraft. This is a serious, industrial tool intended for sophis­ticated users. 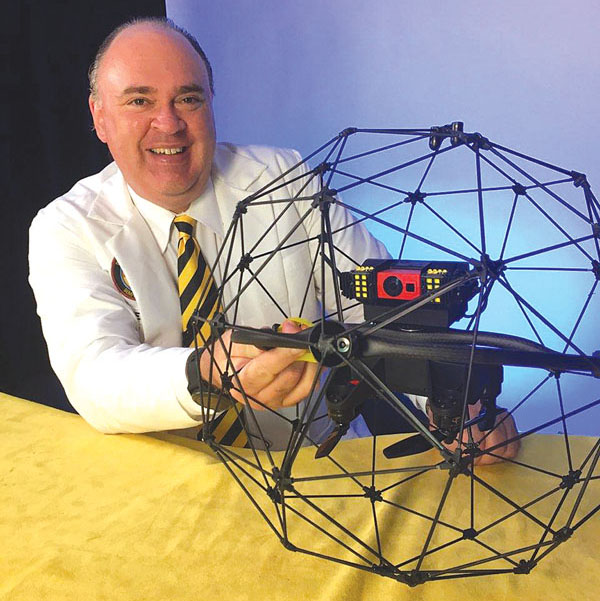 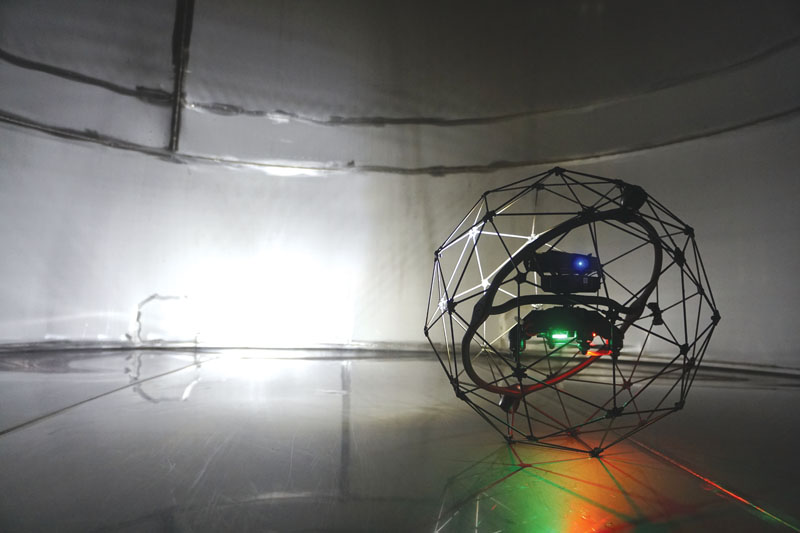 Confined spaces are often dark, like the interior of this fermentation tank at Stoller Family Estate in Oregon’s wine country. To be able to navigate and conduct inspections in poorly lit environments, the Elios incorporates an array of bright LED lights as well as a thermal-imaging camera.

HIGHLIGHTS
What immediately distinguishes the Elios from other drones is the carbon-fiber cage that completely surrounds the aircraft itself. The cage is a gimbal, capable of three-axis rotation around the drone, allowing it to bounce off obstacles and roll along floors, ceilings, and walls. That makes it possible for Elios to move around safely inside utility corridors, ballast tanks, and crawl spaces, conducting assessments that would otherwise require human inspectors to enter these dangerous, claustrophobic environments.

The Elios arrives in a sturdy roller case with a telescoping handle, which can be shipped by air as standard luggage anywhere around the globe. The kit includes everything necessary for flight operations: the drone itself, a controller, a Samsung tablet with Flyability’s custom Cockpit app preinstalled, five batteries, two battery chargers, two micro SD cards, cables, connectors, and all the tools and spare parts required for routine maintenance.

Flyability incorporates several pieces of DJI technology into the Elios design. The first is the controller, which will look familiar to any Phantom or Inspire pilot, although there are differences. There is no Return to Home button, for example. The Elios doesn’t even have a GPS receiver onboard, because you aren’t going to get good reception inside a concrete bunker anyway. Also, Elios uses DJI Lightbridge to send and receive video, control, and telemetry. The transmitter power has been increased, however, to enhance performance while flying inside a structure.

The Elios has two image sensors onboard: a high-definition visible-light camera as well as a low-resolution thermal sensor—useful in dark environments as well as for diagnosing electrical components and heat exchangers. In addition, the Elios carries high-intensity LED lights, used for illuminating subjects close to the drone. 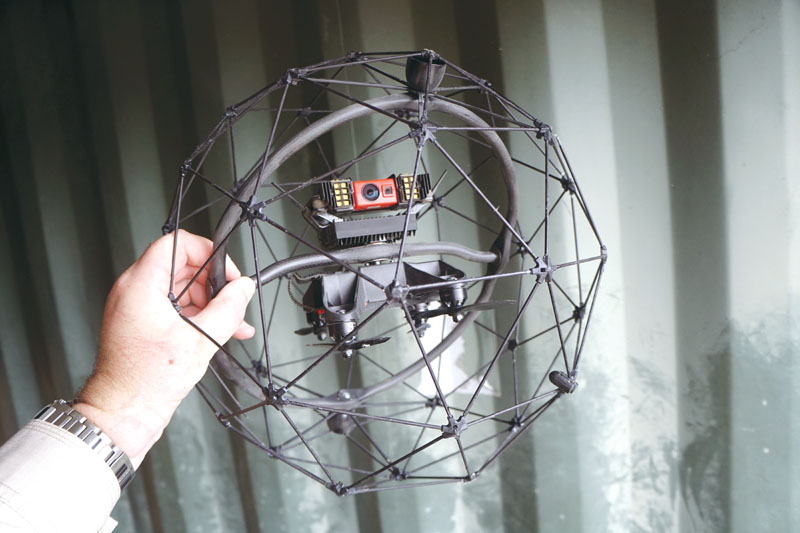 The most distinctive feature of the Flyability Elios is the carbon-fiber cage that completely surrounds the aircraft. Contained within is the drone itself, which incorporates an “inverted” design: the propellers are on the bottom of the drone, while the visible-light camera, thermal sensor, and LED lights are on top. 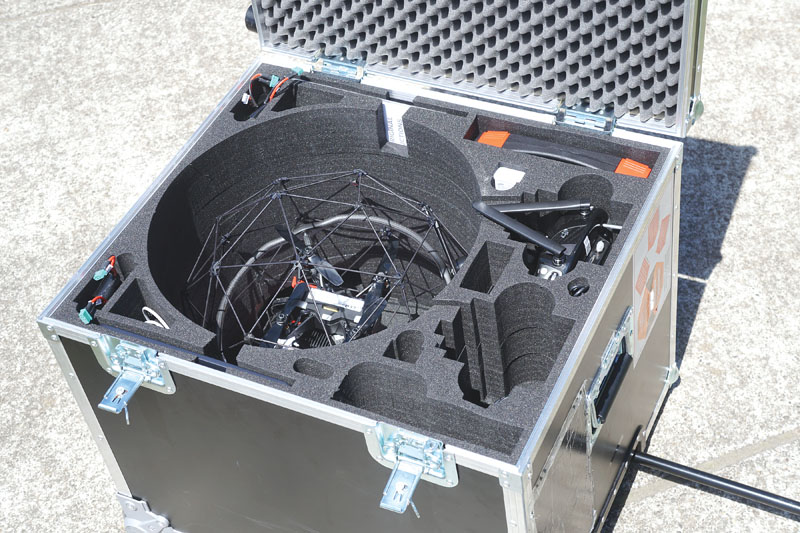 The Elios kit comes with a hard-sided, rolling travel case, complete with a telescoping handle. It meets the size and weight specifications for commercial air luggage, making travel with the drone a straight­forward proposition. 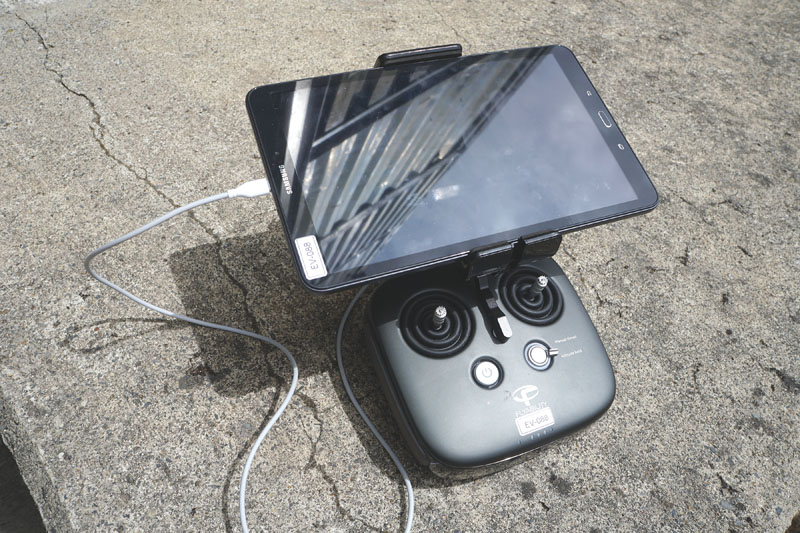 The Elios arrives with a modified DJI controller bound to the aircraft, as well as a Samsung tablet, preinstalled with Flyability’s Cockpit app, providing real-time video and telemetry from the aircraft via a DJI Lightbridge system. 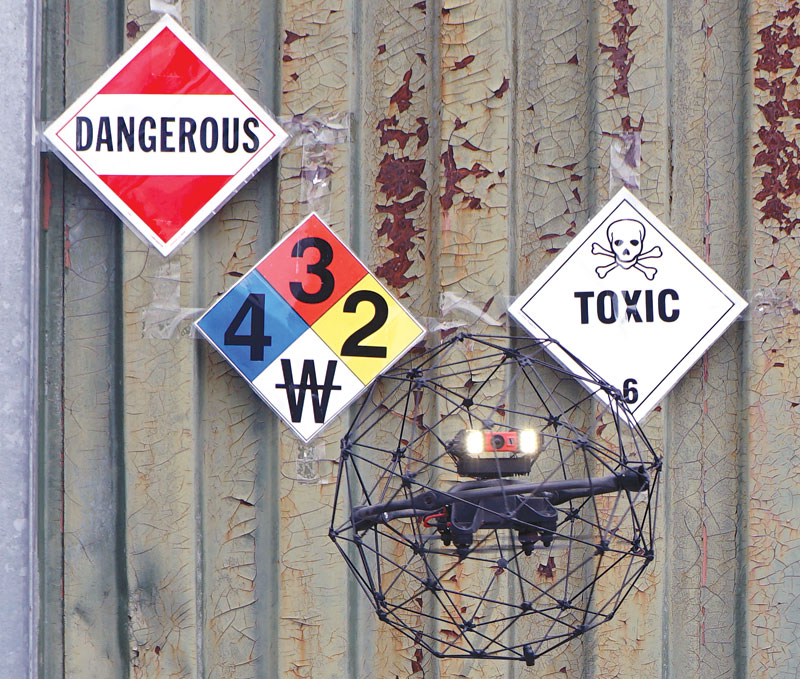 Like other drones used for industrial inspection, the Elios has the potential to reduce the risk to human life as well as improving efficiency and reducing costs. 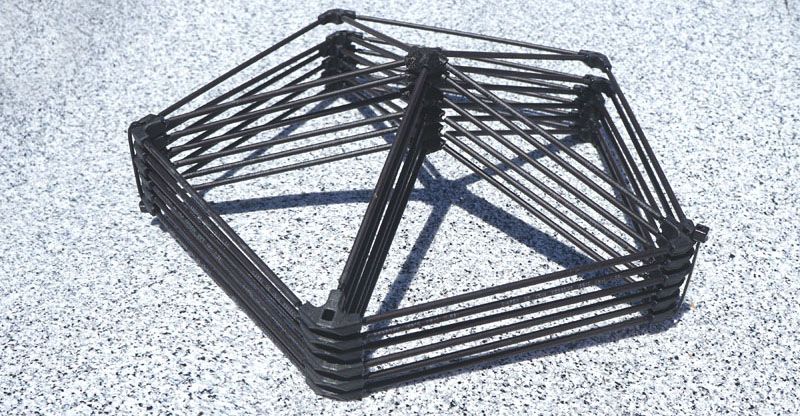 The Elios’s protective cage is comprised of 12 “pentagons,” held together with zip ties to facilitate quick repairs in the field. The kit includes a stack of five spare pentagons. 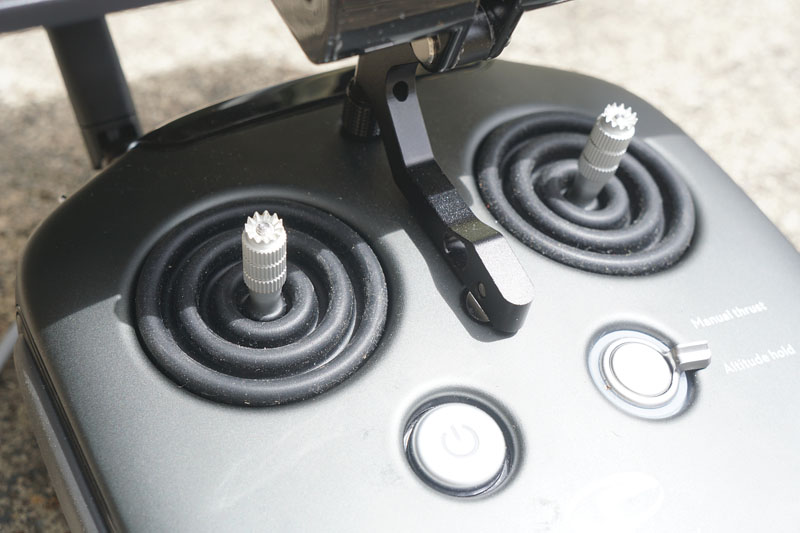 As part of the Elios kit, modifications to the DJI controller include rubber seals to protect the gimbals from hazardous industrial environments as well as the lack of a Return to Home button. The Elios relies entirely on the skills of its pilot to safely return from its missions.

AERIAL RECAP
In evaluating the Elios, it’s important to bear in mind that it has been built to satisfy a specific niche, which impacts its performance across standard metrics often used to compare drones. Its flight time, for example, is about eight to 10 minutes—well short of the industry standard for a drone of its size. This is due, in part, to the fact that the cage and gimbal mechanism add 50 percent to the overall weight of the aircraft.

In addition, the size of the cage—determined by the diameter of a standard manhole—compelled Flyability to make design choices that would be suboptimal in another context. To make the propellers fit inside the cage, for example, their arcs significantly overlap. This results in thrust being lost to turbulence as well as an ear-splitting whine when the Elios is in flight. It registers as 80 decibels, and rises to 92 decibels inside a metal enclosure. That’s enough to cause permanent hearing loss, so it’s important to take appropriate precautions while flying.

Also, in spite of its “collision-tolerant” design, the Elios is not crashproof. Projecting objects, such as antennae, control arms, and levers, have the potential of passing through the cage and damaging the drone or stopping one of the propellers from spinning. It’s always advisable, therefore, to scout a location ahead of time to identify potential hazards. If that isn’t possible, the pilot will have to be extremely disciplined during flight operations, turning the cameras to face unexplored areas and studying them for potential dangers before moving in that direction.

Its mission-related quirks aside, the Elios is actually a fairly conventional drone. The controller is configured for Mode 2 operation by default, and it uses a three-cell 2800mAh battery that would be familiar to any RC flying enthusiast. The Flyability Cockpit app has a well-designed, intuitive interface and detailed preflight and postflight checklists.

While it’s strange to say about a drone that costs as much as a com­fortable new car, the Elios is also a lot of fun to fly. Ricocheting around a closed environment, taking an up-close look at details inside a space you are not able to see with your own eyes is a surprisingly rewarding experience—and one that tests your skills as a pilot. 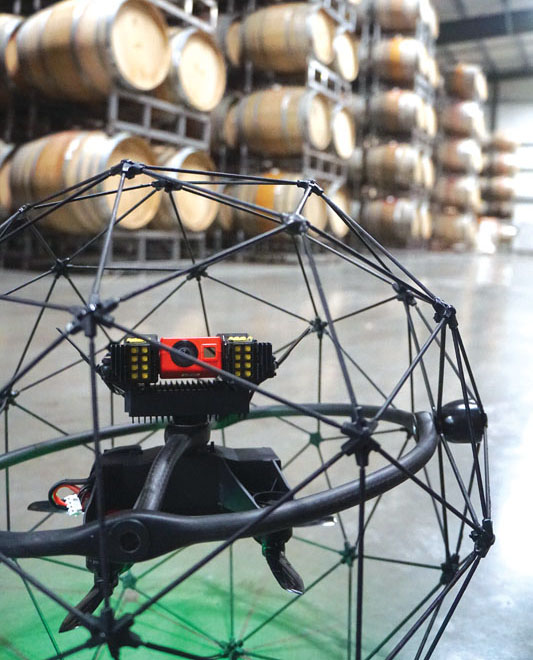 While it ferments in barrels at Stoller Family Estate, the wine gives off gasses—occasionally enough to pop out the plugs that keep them sealed. Given its collision-tolerant design, the Elios could be used to check for missing plugs on the barrels atop the tall storage racks. 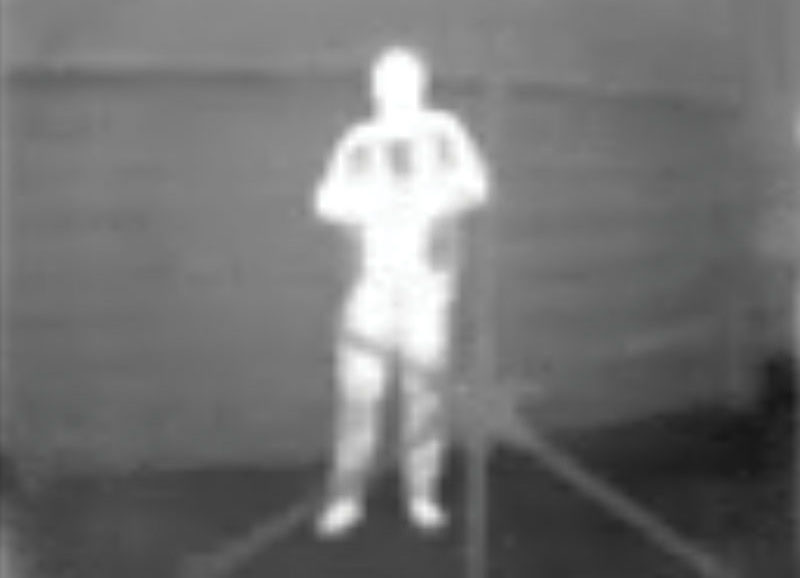 The Elios incorporates a FLIR Lepton sensor. Extremely small and light­weight, the Lepton produces a low-resolution image of 160×120 pixels.

BOTTOM LINE
Given its price and narrow mission profile, the Elios is not likely to become a standard part of a typical commercial operator’s drone fleet. For industrial users who must conduct regular inspections inside hazardous confined-space environments, however, Elios is an innovation that will improve efficiency, reduce costs, and save lives.