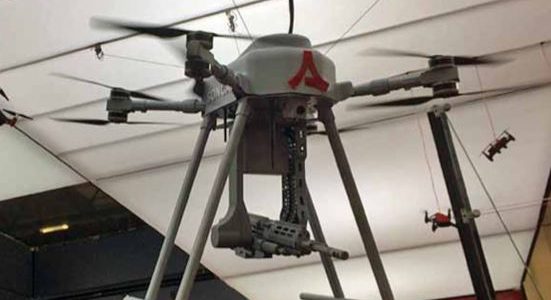 This doesn’t seem like a great idea on many levels … and besides, aren’t these folks at all familiar with SkyNet? Turkish technology manufacturer Asis Elektronik ve Bilişim Sistemleri A.Ş. has developed an armed drone system consisting of an automatic weapon fixed on a remotely controlled small drone.

Video footage of the drone, called “Songar,” on the manufacturer’s official Twitter page shows a rifle-like weapon attached to the drone firing at various targets. The drone will be showcased at the Turkish Ministry’s International Defense Industry Fair.